Designer: Alex Randolph
Publisher: Ravenburger
Number of players: 2 to 6 players
Publisher suggests: Ages 3 and above
Users suggest: Ages 2 and above
Playing time: 10 minutes
Number of Cards: None
In this very simple children's game, all six snails are in play regardless of the number of players. Each player bets which two snails will come in first and last. Play goes counter-clockwise; on your turn, you roll both coloured dice and advance the corresponding snails by one square if their colour comes up (or the same snail two squares if its colour comes up twice).

Snail's Pace Race is an early learning game for children ages 3 and up. It is part of Ravensburger's Imagine - Play - Discover collection of games designed to build basic learning skills in preschoolers. This no-reading, quick-play game features six brightly-colored wooden garden snails that players move across a colorful game board according to the roll of the dice

A Snail's Pace Wins the Race
Snail's Pace Race is a cooperative, non-competitive game that is part of Ravensburger's Imagine-Play-Discover line of early learning games for children ages 3 and up. Players move six colorful snail game pieces along the path of the game board, each starting from their matching colored leaf. All snails race even if there aren't an equal number of players. Players roll the dice to move the snails forward along their color path until they reach the last spot in their color.

Players Cooperate with One Another to Race the Snails
Ravensburger's Snail's Pace Race is an early learning game designed to introduce preschoolers to the basics of board game play without the pressure of direct competition. In this game, the snails race each other, faciliated by the roll of the dice thrown by the children. The game encourages cooperative play as participants work together to race the snails. Snail's Pace Race introduces children to basic board game rules such as turn-taking, patience, dice-rolling and piece movement. Players also get to practice their counting, color-matching, memory, and social skills.

I've watched children in my classroom of 4-6 year-olds enjoy this game immensely over the past school year. We have two copies of the game, and they are both frequently in use. The children enjoy the theme, the brightly colored wooden snail meeples (sneeples?), and the ability to play with up to six players. The simplicity of the rules and setup means that they were able to learn the game and play it independently very quickly, something early childhood educators value in their classrooms.

There are two particular aspects of this game that I'd like to highlight in this brief review.

(1) Every player is active on every turn. I can't stress the importance of this enough in the children's play experience. There are so many games that incorporate a turn-taking structure (I roll, I move. You roll, you move.) but Snail's Pace Race has players looking to see if their color has come up each time the dice are rolled. From a design standpoint I can see how this is almost a necessity in a six-player game, but even in a two-player game I believe it positively impacts children's engagement and focus.

(2) The fastest and slowest snails win the race. Together. As in: there are two winners each game. This simple twist encourages children to think about the game differently, and it has been interesting to watch them realize that a close second place is not nearly as desirable as the back of the race.

The last thing I'll say is that this game is so simple in its gameplay and design that children started to modify the rules and create their own variants after just a few months. I appreciate that the simplicity of the game helped foster the confidence to start altering the game and make it more interesting, challenging, or simply different as the year unfolded. 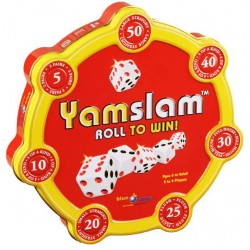 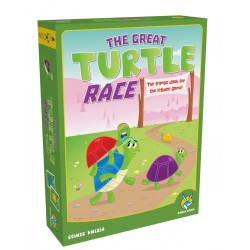 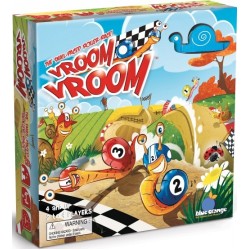