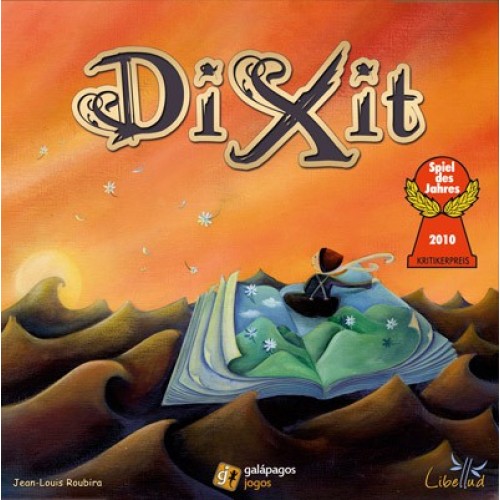 2010 Spiel des Jahres Winner One player is the storyteller for the turn and looks at the images on the 6 cards in her hand. From one of these, she makes up a sentence and says it out loud (without showing the card to the other players). Each other player selects the card in their hands which best matches the sentence and gives the selected card to the storyteller, without showing it to the others.

Players score 1 point for every vote for their own card. The game ends when the deck is empty or if a player scores 30 points. In either case, the player with the most points wins the game. The base game and all expansions have 84 cards each.

"Very good gateway and family game, which I've taken a number of times to play with my girlfriends family" - BGG user Chris Smith 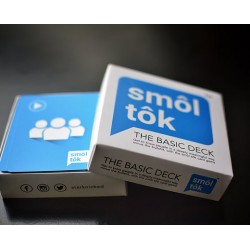