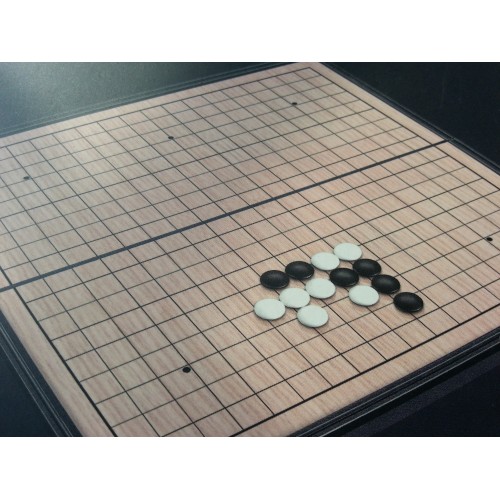 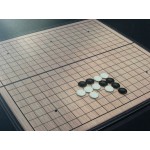 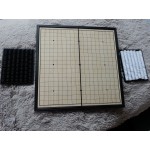 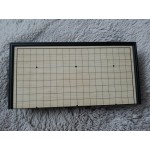 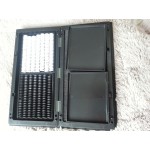 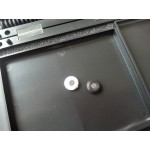 Go (simplified Chinese: 围棋; traditional Chinese: 圍棋; pinyin: wéiqí, Japanese: 囲碁 igo literal meaning: "encircling game", Korean: 바둑 baduk) is a board game involving two players, that originated in ancient China more than 2,500 years ago. It was considered one of the four essential arts of a cultured Chinese scholar in antiquity. Its earliest written reference dates back to the Confucian Analects].

There is significant strategy involved in the game, and the number of possible games is vast (10761 compared, for example, to the 10120 possible in chess), despite its relatively simple rules.

The two players alternately place black and white playing pieces, called "stones", on the vacant intersections ("points") of a board with a 19x19 grid of lines. Beginners often play on smaller 9×9 and 13×13 boards, and archaeological evidence shows that game was played in earlier centuries on a board with a 17×17 grid. By the time the game had spread to Korea and Japan in about the 5th and 7th centuries CE respectively, however, boards with a 19×19 grid had become standard.

The objective of the game—as the translation of its name implies—is to have surrounded a larger total area of the board with one's stones than the opponent by the end of the game, although this result typically involves many more intricacies than simply using surrounding areas directly.

Once placed on the board, stones may not be moved, but stones may be removed from the board if captured—this is done by surrounding an opposing stone or group of stones by occupying all orthogonally-adjacent points. The two players place stones alternately until they reach a point at which neither player wishes to make another move; the game has no set ending conditions beyond this. When a game concludes, the territory is counted along with captured stones and komi (points added to the score of the player with the white stones as compensation for playing second) to determine the winner. Games may also be won by resignation.

As of mid-2008, there were well over 40 million Go players worldwide, the overwhelming majority of them living in East Asia. As of May 2012, the International Go Federation has a total of 74 member countries and four Association Members covering multiple countries.

Info above from Wikipedia. 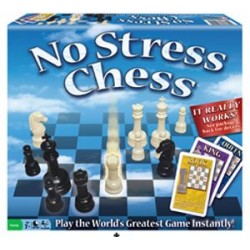