Please note that we will never ask for credit card numbers on our website. We only accept payment via Paylah, Paynow or Bank Transfer.
Home » Shop By Age  » 7 - 8 years » Walk the Plank!
Categories

In Walk the Plank!, players represent the worst pirates in a captain's crew. The captain has rounded you all up because you're all lazy and stupid and simply not worth the rum and loot you get paid. That said, the captain has decided he's willing to keep two of you in his crew. To prove you're worthy, you will fight amongst yourselves, trying to shove other players' pirates off the end of the plank while keeping yours alive!

In game terms, each round players secretly stack three of their ten action cards, then they take turns revealing and playing those actions one by one no matter what's gone wrong between the planning and the doing. If you plan to have a pirate shove someone off the plank on your third move and all he sees are his own best mates, he will still shove away! Some cards bear a skull on them, and these powerful cards must remain on the table the round after they're played, but otherwise players then pick up their action cards and start a new round. As soon as two or fewer pirates remain on board, the game ends and the owner (or owners) of these pirates win! Watch out, though, as sometimes every pirate will end up in the drink, which means that no one wins other than the sharks circling in the water below...

My First Games : The best toy store and board game store in Singapore! We sell boardgames and toys that even adults have fun playing. This encourages parents to spend more time with their children, having fun! Even better, when parents play board games with their children, the children are engaged, they learn to listen to and abide by rules, and their concentration span is lengthened. Just play with your kids, already!
Tags: walk, the, plank!, new, items
Related Products 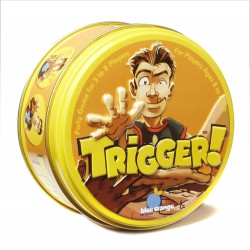 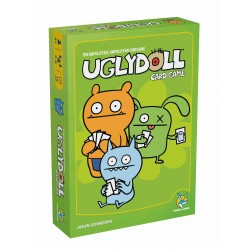 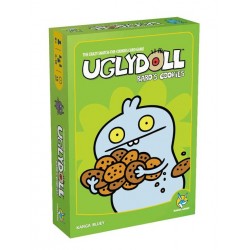