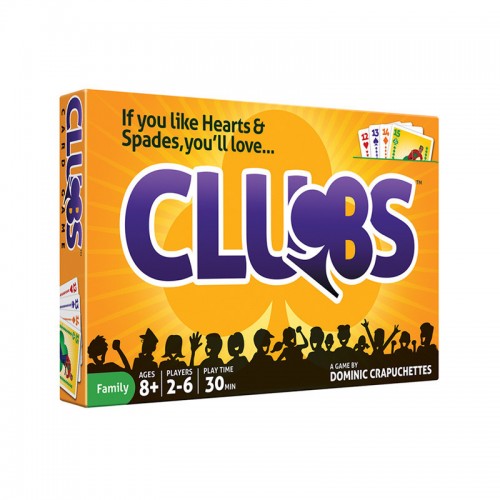 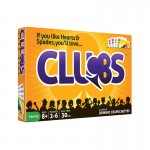 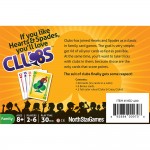 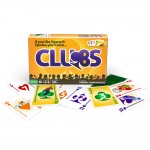 Clubs is a card game about taking calculated risks. The goal is very simple: win as many club cards as possible - that's the only suit that scores points. The lower the club card you take, the more points you could win. But there's a catch: The last player to go out for the round does not score ANY points. So players who get too greedy might pick up a pile of clubs, but end up with 0 points for the round! First there was Hearts, then there was Spades, and now North Star Games is bringing you Clubs. The suit of clubs finally gets some respect!

How to Play Clubs is a climbing game similar to Tichu, Haggis, Big Two and The Great Dalmuti. It can be played with 2 - 6 players in less 30 minutes. There are two ways to earn points in Clubs: Play all your cards as quickly as possible each round. Win tricks with clubs in them.

To play a round, deal out 10 cards to each player. Players may call Double or Nothing anytime before playing their first card. The player to the left of the dealer leads with a Trick-Type. Legal Trick-Types include any singleton, pair, 3-of-a-kind, 4-of-a-kind, or any run of 2 or more cards. Players can either pass or follow with a similar hand of higher rank.

When all of the players have passed consecutively, the pile is taken by the person who played last. That player leads with a Trick-Type of their choice. Players score bonus points for playing all of their cards each round. A 6-player game has all of the following Bonus Cards:

The last player out for the round does not get bonus points and does not receive points for any clubs he may have taken. The points for clubs varies from 5 points (for the 1 of clubs) to 1 point (for the 10-15 of clubs). The first player to 50 points wins the game.

"I hope this does really well and allows North Star Games to pursue other games of this quality as I'm sure they have a few more in the vault yet." - BGG user Neil Thomson

"Clubs is best for older kids and adults looking for a light card game. Up to 6 people can play, so it’s also great when you’re together with a few couples. And with the Partnership Clubs variation playing 3 teams of 2 really does make for a good couples game." - BGG user Trent Howell

"I like Clubs! I think it is a solid, strategic card game for casual card play." - BGG user Bill Reed 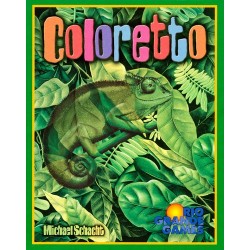 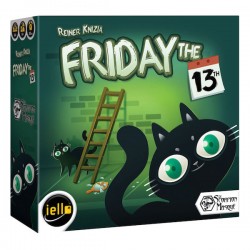