Please note that we will never ask for credit card numbers on our website. We only accept payment via Paylah, Paynow or Bank Transfer.
Home » Don't Say It
Categories

Don’t Say It has three levels of play, so it’s fun for kids of all ages. Can you get your team to say “sheep”? Its not as easy as it sounds. Especially when you can’t say “baa”, “lamb” or “flock”! Try and go through as many cards as you can before the buzzer sounds. If you say a forbidden word, you lose points! This fun, fast-paced game will have you racking your brain for out-of-the-box clues to help your team win. It’s great for helping kids with the vocabulary. For 2 or more teams, ages 6 and up.

How to play the Game

OBJECTIVE: The first team to get 100 or more points wins.

Divide into two teams determined by age, with older players on one team and younger players on the other team.

Decide whether you will play Easy, Medium or Difficult levels. The difficulty levels are determined by how many words you are NOT allowed to say as you try to get your team to guess the main word. Younger players may choose Easy (can't say two words) while the older members may choose Medium (can't say three words) or Difficult (can't say four words).

Shuffle all the cards together and place them in the top of the holder. The younger team starts the game and gets possession of the card holder.

One player on the starting team moves the cover down to their difficulty level: 1, 2 or 3. This team member shows the main word and the forbidden words to the opposing team and presses the buzzer to start the turn.

If the player is able to get his/her team to guess the main word and there's still time left, they pull out the guessed card and start playing using the new main word and forbidden words on the second card. Game play continues in this way until the buzzer sounds.

If the player mentions any of the forbidden words, a member of the opposing team presses the buzzer-BOING! The card is removed from the holder and the points noted on the card will later be subtracted from the team's score.

Meanwhile, the timer and the game continue with the player using the card just revealed.

End of a Turn

After 60 seconds the buzzer will give one final long beep. At that time, the team's turn ends and their score is calculated as follows:

Deduct any points, using the same color guide, for cards you were not successful with.

The next team takes their turn and the game continues as above.

Winner of the Game

The first team to reach or pass 100 points wins. 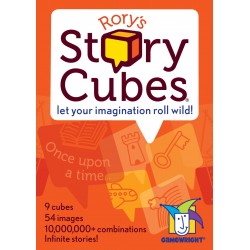 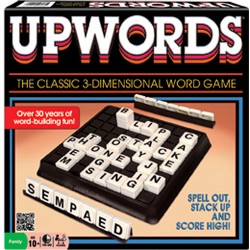 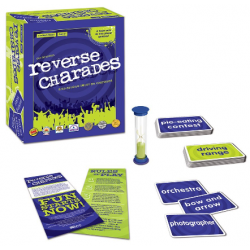