We will be out of town! Delivery will only take place from 18th Dec 2019 onwards.
Home » Machi Koro
Categories 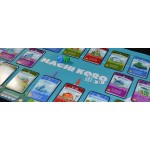 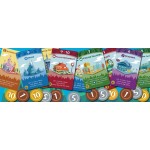 Welcome to the city of Machi Koro. You've just been elected Mayor. Congrats! Unfortunately the citizens have some pretty big demands: jobs, a theme park, a couple of cheese factories and maybe even a radio tower. A tough proposition since the city currently consists of a wheat field, a bakery and a single die.

Armed only with your trusty die and a dream, you must grow Machi Koro into the largest city in the region. You will need to collect income from developments, build public works, and steal from your neighbors' coffers. Just make sure they aren't doing the same to you!

Machi Koro is a fast-paced game for 2-4 players. Each player wants to develop the city on his own terms in order to complete all of the landmarks under construction faster than his rivals. On his turn, each player rolls one or two dice. If the sum of the dice rolled matches the number of a building that a player owns, he gets the effect of that building; in some cases opponents will also benefit from your die (just as you can benefit from theirs). Then, with money in hand a player can build a landmark or a new building, ideally adding to the wealth of his city on future turns. The first player to construct all of his landmarks wins

“It’s one of the coolest games I’ve played in a while. It’s fast and fun. Fantastic. If you can get a hold of a copy, I certainly recommend doing so. It could become one of the best games ever.” – Tom Vasel, The Dice Tower.

One hidden benefit to playing Machi Koro with my eight-year-old daughter was her sudden interest in probability. She first started out by buying cards without regard to how often their activation numbers might come up, because she liked the potential payouts or because those less-likely cards cost less. That led her to ask me why, for example, the 11-12 Fruit and Vegetable Stand card wasn’t earning her any income, which in turn led to a discussion of which totals were more likely when rolling two dice, and why that was so. Her purchasing strategy improved immediately, to the point where she could legitimately beat me thanks to a few favorable dice rolls. (Her review, for what it’s worth: “I like Machi Koro even though it’s math, because it’s fun the way you do the math.”)  – Keith Law (ESPN Baseball Analyst), Paste Magaazine

“What we’ve got here is a quicker, squeakier Settlers of Catan. You start playing. You roll some dice. You swear, you cheer. You get coins, slowly building up your holdings into a giggling, coin-spewing slot machine. Just go with it. Don’t think about it. That’s what love is. That’s what Machi Koro is. So many games feature dice, but so few capture the thrill of gambling. Why is that?  The answer is, of course, to just buy Machi Koro and shout “WHO CARES!” right in your friend’s face while buying a fourth bakery.” – Quintin Smith, Shut Up, Sit Down.

Players find themselves in the shoes of a small-town mayor with big aspirations. Starting with only a wheat field and a bakery, you’ll attempt to build a thriving metropolis and become the first town to complete four major landmarks – a train station, shopping mall, amusement park and radio tower. Machi Koro is quick, light and approachable. Play-throughs rarely run over 25 minutes, and its friendly, engaging paper-cutout style artwork perfectly encapsulates the spirit of the game. – Owen Duffy, the Guardian

WATCH THE VIDEO BELOW TO LEARN HOW TO PLAY MACHI KORO 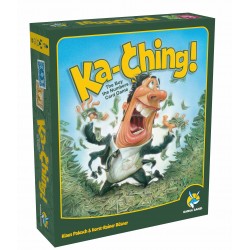 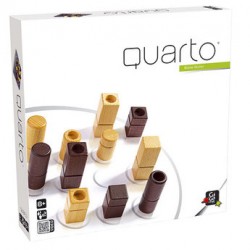 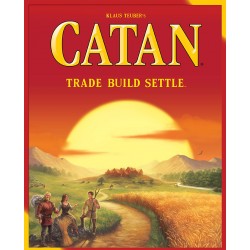