We will be out of town! Delivery will only take place from 18th Dec 2019 onwards.
Home » Search » Catan - 5th Edition (pka Settlers of Catan)
Categories 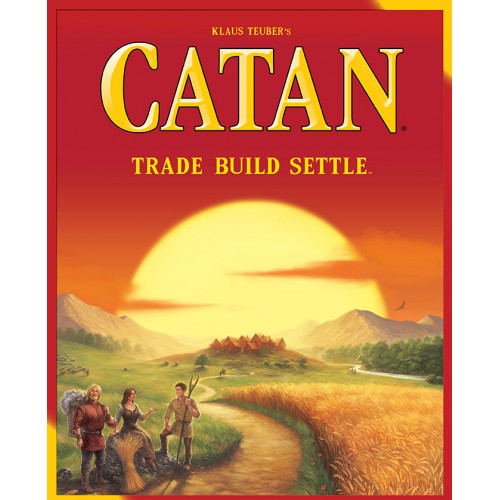 Your adventurous settlers seek to tame the remote but rich isle of Catan. Start by revealing Catan’s many harbors and regions: pastures, fields, mountains, hills, forests, and desert. The random mix creates a different board virtually every game. No two games are the same! Embark on a quest to settle the isle of Catan! Guide your settlers to victory by clever trading and cunning development. Use resource combinations— grain, wool, ore, brick, and lumber—to buy handy development cards and build roads, settlements, and cities. Acquire your resources through trades, cards, or lucky dice (even outside your turn). But beware! Someone might cut off your road or buy a monopoly. And you never know when the wily robber might steal some of your precious gains!

Catan® (aka The Settlers of Catan®) has been awarded with “Game of the Year,” “Hall of Fame,” and even “Game of the Century” honors in Germany, the United States, and a host of other countries worldwide. An international favorite, it’s been called the “Perfect Social Game.”

Learn in only 15 minutes. Play in only 60 minutes.

For 3-4 players. Enjoy hundreds of hours of fast-paced, interactive fun!

In The Settlers of Catan, players try to be the dominant force on the island of Catan by building settlements, cities, and roads. On each turn dice are rolled to determine what resources the island produces. Players collect these resources (cards) - wood, grain, brick, sheep, or stone - to build up their civilizations to get to 10 victory points and win the game.

Setup includes randomly placing large hexagonal tiles (each showing a resource or the desert) in a honeycomb shape and surrounding them with water tiles, some of which contain ports of exchange. Number disks, which will correspond to die rolls (two 6-sided dice are used), are placed on each resource tile.

Each player is given two settlements (think, houses) and roads (sticks) which are, in turn, placed on intersections and borders of the resource tiles. Players collect a hand of resource cards based on which hex tiles their last-placed house is adjacent to.

Points are accumulated by building settlements and cities, having the longest road and the largest army (from some of the development cards), and gathering certain development cards that simply award victory points. When a player has gathered 10 points (some of which may be held in secret), he announces his total and claims the win. The Settlers of Catan has won multiple awards and is one of the most popular games in recent history due to its amazing ability to appeal to experienced gamers as well as those new to the hobby.

"Its one of the best introductory board games that new players can start with, friendly for gamers and non-gamers alike (this was one of my first real board games, and I had never played board games before that)" - BGG user Philly Gamer

"The Settlers of Catan is to me what a good game should be: social, exciting, rewarding, and variable." - BGG user Pete McPherson

"If you enjoy playing board games with family and friends, then this is an absolute must have game." - BGG user Colby Brown 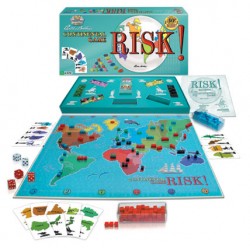 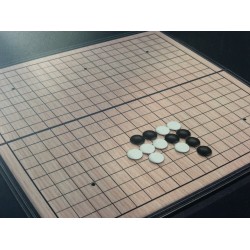 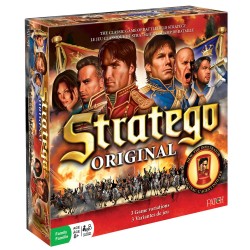