Please note that we will never ask for credit card numbers on our website. We only accept payment via Paylah, Paynow or Bank Transfer.
Home » Ticket to Ride Europe
Categories

Ticket to Ride: Europe takes you on a new train adventure across Europe. From Edinburgh to Constantinople and from Lisbon to Moscow, you'll visit great cities of turn-of-the-century Europe. Like the original Ticket to Ride, the game remains elegantly simple, can be learned in 5 minutes, and appeals to both families and experienced gamers.

Ticket to Ride: Europe is a complete, new game and does not require the original version. More than just a new map, Ticket to Ride: Europe features brand new gameplay elements. Tunnels may require you to pay extra cards to build on them, Ferries require locomotive cards in order to claim them, and Stations allow you to sacrifice a few points in order to use an opponents route to connect yours.

The game also includes larger format cards and Train Station game pieces. The overall goal remains the same, collect and play train cards in order to place your pieces on the board, attempting to connect cities on your ticket cards. Points are earned both from placing trains and completing tickets but uncompleted tickets lose you points. The player who has the most points at the end of the game wins. Copyright 2002-2014 Days of Wonder, inc. Part of the Ticket to Ride series. Online Play Xbox LIVE Arcade

"The system is brilliant and works great. Some amount of luck is present and expected, in terms of the cards drawn, but otherwise every decision rests on the player’s shoulders. The small luck factor shouldn’t be anything to turn away at." - BGG user Keith McKinny

"I think TTR: Europe is an absolutely lovely game. It plays fairly quick, I can teach it to individuals that rarely or don't play games without much issue, and it looks gorgeous. " - BGG user Chris Smith

"This is a great family game and one that I think should be on everyone’s shelf." - BGG user mommy gamer 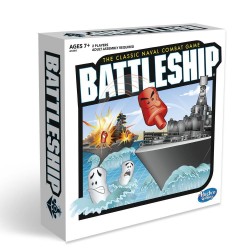